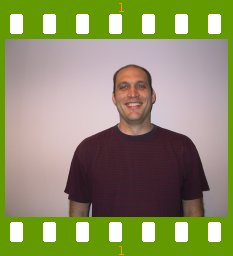 “Hi, I’m Greg and I too am a recovering device driver writer.”

I’m Greg Kroah-Hartman, a Linux kernel developer working for Novell in the SuSE Labs division. I’m old enough to have two kids and be married for 15 years to a beautiful and understanding woman who happened to be the one who got me into Linux development in the first place. I live in Portland, Oregon, in the US, which for some odd reason, seems to have the highest concentration of Linux kernel developers than any other place in the world right now. Maybe it has something to do with our great beer (more breweries in the city limits than any other city in the world) or the weather.

Tell us about the background to your computer use.

I’ve been programming since way before I could legally drive a car, and have written code for a wide variety of different processors. I worked in for a number of years programming embedded systems, making dots appear on paper, and causing hardware to emit strange warbles while shuffling bits out of various hardware interfaces.

During the late 90’s, I started contributing to the Linux kernel in the USB driver area. One thing led to another, and eventually I ended up maintaining the USB, PCI, driver core, sysfs, and a bunch of other portions of the kernel as well as being 1/2 of the -stable kernel release process. Along the way I started the linux-hotplug and udev projects, and was the maintainer of other portions of the kernel (LSM, i2c and hwmon) although thankfully I have found people much more talented than I to take them over now.

When and why did you start using openSUSE/SUSE Linux?

I’ve been using Linux for years, including lots of different distros over time. I started using SUSE Linux full time when I came to Novell, a bit over three years ago.

When did you join the openSUSE community and what made you do that?

I joined the community when it was created as it is part of my job :)

In what way do you participate in the openSUSE project?

I’m the current maintainer of the 11.0 openSUSE kernel package. All of the kernel managers take a turn at maintaining a specific kernel release for our products, and it happened to be my turn for this release.

So I’m responsible for triaging all of the kernel bugs for the 11.0 product. Keeping the kernel package building and up to date with regards to the upstream kernel.org changes, submitting it to the build system, and poking people when things go wrong.

What especially motivates you to participate in the openSUSE project?

What do you think was your most important contribution to the openSUSE project/community or what is the contribution that you’re most proud of?

Keeping the kernel up to date with the upstream kernel.org developers.

When do you usually spend time on the openSUSE project?

All the time, as a lot of work I do is on the upstream kernel, that work directly affects the openSUSE project as it is based on that development.

Three words to describe openSUSE? Or make up a proper slogan!

What do you think is missing or underrated in the distribution or the project?

I think the overall polish of the whole distro is very underrated. The way all of the different packages are put together to work properly together is a very difficult and thankless task. The fact that it works so well together is a testiment to all of the packagers and testers hard work.

What do you think the future holds for the openSUSE project?

More releases, with more users, and more companies relying on the fact that openSUSE is tracking the upstream development community very well.

A person asks you why he/she should choose openSUSE instead of other distribution/OS. What would be your arguments to convince him/her to pick up openSUSE?

Because we have zippy green lizards and other distros don’t? :)

Seriously, the overall polish of the thing is what I would use to point out. That is something that other distros seriously lack. Also, almost all of our developers are actively contributing to the upstream development of Linux and its surrounding infrastructure. That knowledge and understanding can not be ignored. Other distros do not give anything back to upstream, and their ability to support and maintain packages suffers in the end.

Which members of the openSUSE community have you met in person?

So many it’s not funny. Do you really want me to list everyone I’ve met over the years at different conferences?

Oh, I will point out one group that I really thought was doing well. The openSUSE user group in Tokyo really impressed me. I ran into them at a conference in the city, where they were handing out a hand-drawn comic that they had done to try to show off the benefits of openSUSE. They were surrounded by booths sponsored by companies with lots of money, and yet, their booth was the most crowded and interesting. The work they were doing trying to spread the word about openSUSE was amazing, especially as they were not getting any support from Novell or anyone else. It is that kind of evangelism that is amazing to see and should be strongly encouraged.

How many icons are currently on your desktop?

None, I use fluxbox and it doesn’t allow any icons on the desktop :)

What is the application you can’t live without? And why?

mutt. I live in email and nothing else can handle the huge amounts I get and respond to every day.

Which application or feature should be invented as soon as possible?

The “do what I mean, not what I say” compiler would be wonderful to have. It would have solved many bugs in my code over the years…

Which is your preferred text editor? And why?

vim. Anything I say about how wonderful it is is just going to make all the people who don’t use it upset, so I’ll leave it at that.

Which famous person would you want to join the openSUSE community?

The reader of this. Everyone is famous in their own area, and there is no reason that everyone shouldn’t be a part of this community.

Which computer related skills would you like to have?

A better electrical engineering background would be nice to have at times. I can handle basic schematics and design, but analog designs are just unknown to me.

The Internet crashes for a whole week. How would you feel, what would you do?

Great! I could finally catch up on my huge backlog of email and get some coding done.

Favorite game or console (in your childhood and nowadays)?

I’m having too much fun playing Rock Star on the ps3 with my daughter these days.

What is your preferred way to spend your vacation?

With family, away from the computer.

Invest it in a tool to keep foolish questions that will never happen from showing up on interviews :)

If traveling through time was possible, when would we be most likely to meet you?

There’s a thunderstorm outside. Do you turn off your computer?

No, why? Growing up in the lightening capital of the country, makes little things like thunderstorms a non-event.

Have your ever missed an appointment because you forgot about it while sitting at your computer?

You couldn’t live without…

Which question was the hardest to answer?

What other question would you like to answer? And what would you answer?

What is the one thing that users could do to make the Linux kernel a better thing?

Report any problems to the developers, don’t rant about them on a random mailing list or forum. The Linux kernel developers are easy to access and want to know when you have problems with their code. Let them know, otherwise it will never get better.